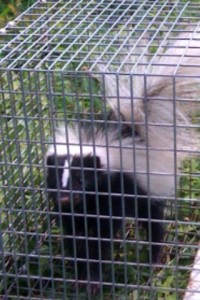 If you live in Lower Makefield Township, you live with wildlife. I am not describing your three-year old, rather I am referring to the furry creatures that live among us—under our decks, under and around our sheds and bushes, as well as those that run in front of our cars while driving through the township. Even though some may want to rid LMT of all of the creatures among us, that is not a feasible solution, nor something we want. We need these animals, and need to learn how to co-exist with them. They help propagate plant life, rid our lawns and neighborhoods of unwanted and damaging insects and pests. In short, they help to insure the balance of nature and biodiversity in our midst.

LMT is a municipality of 18-plus square miles, with a human population of almost 35,000. It is a wonderful, suburban town, with terrific recreational facilities and open space—a place where people of all ages can enjoy the benefits of the outdoors without being remote or too far from home. While the township’s growth has nearly doubled in the last 25 years, it still is also home to thousands of non-human creatures, wild and domestic. As a result of animal-human interaction, I have been hired as the township’s Animal Control Officer (“ACO”), and my responsibilities include assisting in the balancing of the constant “man vs. nature” encounters which frequently occur. I work directly with the police department as part of its public safety responsibility.

In my time as ACO I have heard all kinds of stories and complaints: “My dog smells like a skunk;” “Squirrels are tearing apart my birdfeeders;” “There is some kind of ‘Yardley Yeti-looking thing on my deck.” My all-time favorite is: “There is a fox in the field behind my house and I have a new-born baby…” to which I responded :”do you plan on covering your baby with peanut butter and sticking him out in the field overnight ?” Okay, maybe not the most diplomatic response, but effective nevertheless.

Truth be told, if we take necessary measures, we can limit our contact with wildlife. It is more and more common in our area to receive these daily nuisance calls-not a nuisance from the caller, but as a result of the animal intrusion. As a result, part of my job is to educate the public in coexisting with our furry friends, as opposed to getting rid of them. 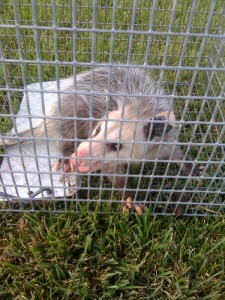 Raccoons, more than any other wild creature living in LMT, are more likely to cause real or perceived problems to and for us. I emphasize “perceived” because many residents are surprised to encounter a raccoon, skunk, opossum, groundhog, or rabbit, or any other wild animal near their homes. (Remember, just last year a black bear sighting was reported in LMT). Many people are aware of the abundance of the wildlife that live among us, especially the nocturnal creatures. They are seldom seen by those of us with “normal” daylight schedules. Many of these wild “critters” are just looking for one of two things: food/water or a home. Prevention is the key.

For example, raccoons are arboreal in nature, meaning that they spend most of their time “off the ground,” usually in dead trees or sometimes in attics and crawl spaces. Safety is their main concern, especially when raising young. Nesting underneath decks, houses or even hot tubs have become options for their “homes.” This behavior also applies to skunks and opossums. As these creatures are nocturnal, seeing one during the day may be a sign of some other problem or issue, but not necessarily. Many come out at dusk to look for food, and many still forage at dawn.

So, if an uninvited guest “moves in,” what do you do ? First, don’t panic. We would need to consider many factors: How many critters are there ? Where is their den ? Where did they get in ? Try to observe their habits for a few days, and when you are certain they are not occupying their den, seal off the area where they have intruded. Keep in mind that there almost always two areas of access, which is why it is important to “spy” on them for a few days. You do not want to seal off the access point unless you are absolutely certain that no young are present. If you suspect that young are present, be patient. The mother will eventually walk them out on their own—then you may seal the area. Otherwise, the young will starve to death, leaving you with even bigger problems to address.

One of the most effective ways cope with our wild neighbors is to secure your garbage and refuse cans. Garbage cans to furry critters are like birdfeeders to our feathered friends. If you can pull an can lid off barehanded, chances are they can, as well. Seal the openings under decks, hot tubs and porches. These areas provide pristine and attractive settings for dens. There are other ways to prevent wildlife “breaking and entering.” Chimney caps, pet doors with sensors are other preventive devices. Wildlife are always on the lookout for better food and shelter. If you feed pets outside, be sure the bins are tightly closed or locked. Bring the bowls with uneaten food in at night. This also applies to feeding stray cats. Once they are fed, they never leave. 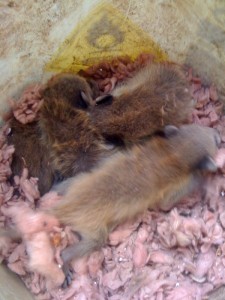 Feral cats are an increasing problem. Feral cats carry disease—it’s that simple. They are considered “wild animals” by law, and act very much like wild animals. LMT Code 79-7 prohibits feeding feral cats, but they have become a nuisance for many in LMT. Children have a tendency to be less leery of feral cats than of “conventional” wild animals, thus increasing their chances of getting bit or scratched. Research has shown that 10 % of feral cats carry the rabies virus. Therefore, as with other wildlife, stop feeding feral cats and they will not become a “problem.”

Once you are sure that all animals have left, you may douse the affected area with bleach or moth balls. This may only last for a week or two, but will give you time to seal all the areas of concern. Even doing everything you can to eliminate the possibility of wildlife taking up residence in your “space,” this will not eliminate the possibility of your encountering one or more wildlife species. It will, however, reduce the chances of that encounter creating the problem.

Another frequently-heard remark in LMT is that there are “more foxes than people.” That remark is heard THIS year…next year, it will perhaps refer to skunks. Wildlife populations are cyclical and fluctuate over time. Encounters between humans and our wildlife friends may have become more common, but that is not an indication of an increase in “nuisance species.” I deal with these animals on a regular basis and are comfortable and familiar with them. Most of the residents are not familiar with these creatures, which creates understandable apprehension, doubt and, sometimes, fear. It is highly unlikely that any wildlife species mentioned in this article will go on the attack, without some unusual circumstances.

Aside from having to dodge the occasional deer on the road, living with wildlife should be a positive experience. How nice is it to look out into the fields adjacent to that same road and see a herd of deer peacefully grazing ? Wouldn’t we miss pointing out to our kids the spring fawn, the ground hog standing on his hindquarter smiling at us, or the turkey vulture searching for dinner ? Okay, maybe the turkey vulture isn’t our favorite, but if it wasn’t for the turkey vulture, raccoon, skunk and opossum, our woods would smell like garbage cans on a hot August afternoon. We need our wildlife as much as they use us.

As the township’s ACO, and as an animal control professional, I try to reinforce the concept that we do not want to eliminate wildlife. This is an important part of the role our police department plays in maintaining public safety. Chief Coluzzi and the township administration have made this a priority as part of the township’s responsibilities to its residents. 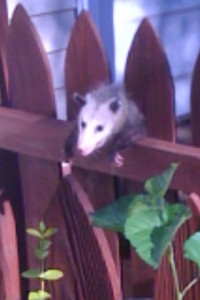 As you can see, it is vital that we coexist with our wildlife “roomies” and do our part to reduce the instances of negative encounters. I am involved on a daily basis in human-animal contacts. In addition to “controlling” animal encounters, I am certified in various prevention and educational aspects of human-animal contacts, and am happy to work with residents in prevention and education. Wild animals live among us. They are opportunists and, given the chance, will come closer to living with us than we may like them to. Their instinct and desire to dine on what is available to them, and to den where their first sniff deems suitable, earns them titles of “pests” and “varmints.” Truth be told, where animals end up is where people unintentionally provide these critters with food and housing. Wildlife can’t cause problems unless we allow them to. Let’s not “blame” the animals. We need to work to together to find solutions satisfactory to the human AND wild Lower Makefield residents.